Sustainable Development and Conservation of Nature

Our planet is full of different environmental problems. The worst thing is perhaps global warming but what can we do about it? First, we must know a few things about global warming. There are greenhouse gases that come, for example, from cars, which produce a lot of exhaust fumes. There is another problem about cars. Because cars use oil, there could be oil spills, which pollute the seas.

But the earth is full of different kind of pollution. One good example is that humans are littering the forests and the seas. Humans should get wiser and recycle their trash, or sell their old stuff in a jumble sale.

The government can help nature too, by putting more bins in the streets, and encouraging people to recycle and to use less fossil fuel. But I think our planet’s condition depends on individual choices so remember: recycle, don’t throw litter in the nature and use our bike as much as possible. 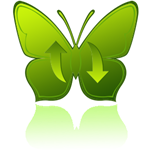 Did you know that we can drown in our rubbish? Our rubbish dumps are larger than before. We must save the world before it is too late. The first step we can take is to recycle. We can recycle glass, paper, metal and some plastics. We can’t throw all rubbish in the rubbish dumps.

We can also give our old clothes to our sisters and brothers. We should think about what we buy. Do you really need those new jeans that everyone has?

How do you feed the whole world?

The population of Earth is rising all the time so we must think more about food. It’s a fact that in the course of time there won’t be enough food for all of us. We have to do something! In my opinion, the answer is a change of diet.

First of all, we westerners must eat less! If we started to eat less, it would affect our health too. At least we could decrease eating meat and replace it with vegetables. Secondly, we could start using more locally produced food. That would reduce food transportation which would also decrease pollution.

I know the change won’t be happening quickly. But if we could start with small things now, we wouldn’t have to make radical changes when food is really a big problem.